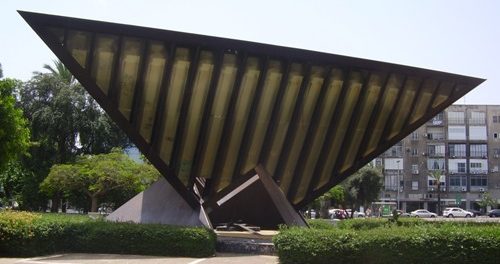 The City Council of Alicante commemorated on 4 February 2019 the ‘International Day in Memory of the Victims of the Holocaust’, with an ceremony chaired by the mayor of Alicante, Luis Barcala, which involved the President of the Jewish Community of Alicante, Armando Azubel, and the representative of the Autonomous Federation of Gypsy Associations, Fabiola Moreno.
The mayor in his speech condemned “what meant the extermination and suffering of more than six million people, innocent victims of Nazi horror, who were exterminated and killed in one of the worst events in the world, never to forget” .
Snr Barcala also committed to continue keeping history alive so that it does not happen again, institutionalizing events like this, “It is justice that from the institutions and political groups we add that responsibility to defend the memory of their murders because they are Jewish, homosexuals or gypsies, or for having another skin colour, “he said.
“Fight for a better world, for a future in peace, in which never again to persecute and kill anyone and less innocent people” said the mayor who in turn raised his voice to involve young people, so that ” fight with us for a better society, in which justice and democracy safeguard it and never anyone or anything again will show that hatred and horror of genocide in any country. ”
The pupils of the Superior Conservatory of Music Oscar Esplá performed three piano and guitar interpretations, and the councillors of the municipal corporation read 6 testimonies in memory of the 6 million victims and lit one candle each.
The President of the Jewish Community of Alicante expressed his gratitude to the City of Alicante “for continuing to include in its agenda of official events this commemoration instituted by the UN as International Day in Memory of the victims of the Holocaust and crimes against humanity, in that we meet to honour them and to fight the battle against oblivion and tell the new generations what intolerance, prejudice, hatred and lack of respect for others can cause “.
For its part, the representative of the Autonomous Federation of Gypsy Associations said that “laws have to be created to safeguard and protect Human Rights, to live in a new world in which the mistakes of the past are not repeated and to demand equality and justice for the gypsy town. ”
The event held in the Blue Room was attended by the councillor of Historical Memory, Mª Dolores Padilla, and the Municipal Corporation, the Deputy Government, Araceli Poblador, representatives of the Roma Community, members of Arakerando, the Colonel Guardia Civil, the consuls of Morocco, France, Greece, Denmark, the Second Captain Naval Commander.

In addition, 8 members of our Comunidad attended the service and attached are some pictures of the event. 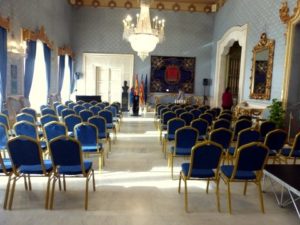 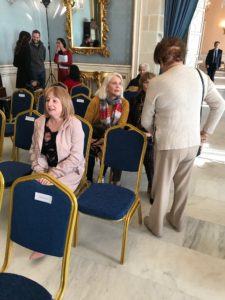 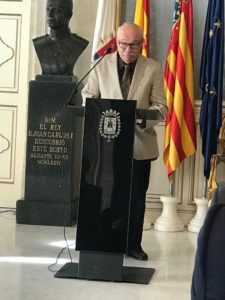 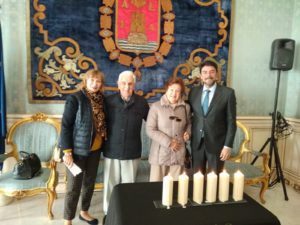 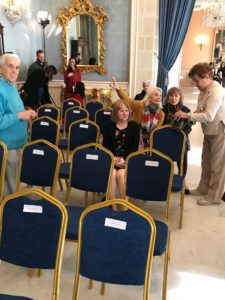