The following article has been sent to us by Andrea and Tony Katz following their recent trip to India.  They have given us permission to reproduce both the article and attached photos.

PARADESI SYNAGOGUE, JEW TOWN, MATTANCHERRY, KOCHI
The Jewish Synagogue in the port city of Kochi is the oldest synagogue in all the Commonwealth of Nations. Malabar Yehudan People, or Cochin Jewish community, constructed this synagogue in 1568. It is also known by the name of Paradesi Synagogue and Mattancherry Synagogue. Paradesi is Hindi meaning “foreigners”. In this case, the term was applied to a synagogue because it was once used by the “White Jews”, a mixture of Jews from Cranganore, from the Middle East as well as the European exiles.

The Jewish Synagogue is located in what is today known as the Jew Town in the Kochi city of Kerala. It is the only one of the seven synagogues in the area that is still in use. The synagogue was built on a land gifted to the Malabari Yehuden community by Raja Varma, the then, Raja of Kochi and shares a common wall with the famous Mattancherry Palace temple. The Malabar Yehudan or Cochin Jews consisted of three sects of people. White Jews were the high-class professionals and merchants and they were full members of the Jewish Synagogue.

They were descendents of European and Middle Eastern Jews, who made their way to India during the pre British times. Black Jews, comprising traders and craftsmen were allowed only to pray and as such, were not admitted to full membership. Meshuhrarim, a group of freed slaves, had no communal rights and no synagogues of their own. They sat on the floor or on the steps outside. Interestingly, in conformity with the Hindu and Islamic traditions of Kerala, the worshippers here too entered precincts of the Jewish Synagogue barefoot. 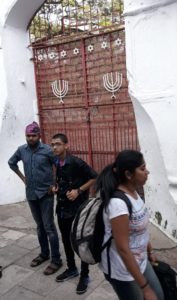 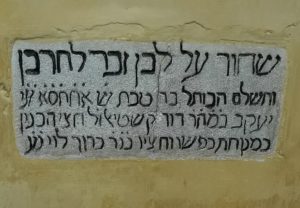 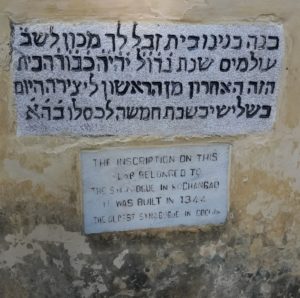 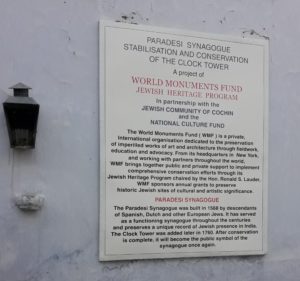 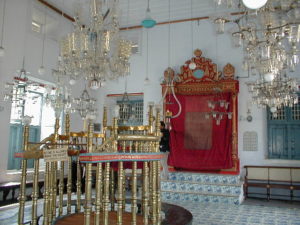