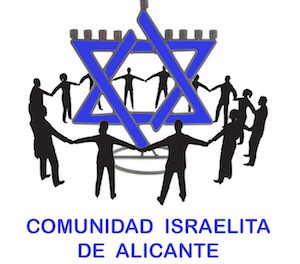 Moses stretched out his hands, and swarms of locusts swept down on Egypt. They consumed absolutely every blade of grass, and all the crops. Pharaoh beseeched Moses to pray to G‑d for the removal of the locusts, promising to then release the Israelites. Moses prayed, and no sooner had a wind carried the locusts back to the Red Sea than Pharaoh changed his mind yet again. Plague Nine: A frightful darkness descended upon Egypt. For days, the entire nation was incapacitated by the debilitating pitch darkness. “But for all the children of Israel, there was light in their dwellings.”

Pharaoh summoned Moses again, offering to release the Israelites if they leave behind their cattle. Moses refused the condition. Pharaoh sent Moses away, warning him to never appear in his presence again, “for on the day that you see my face, you shall die!” Moses agreed, but not before he delivered a final message that G‑d relayed to him at that moment. G‑d told Moses that he would visit one more plague upon Egypt, after which Pharaoh will actually drive the Israelites from his land. Parenthetically, at that time G‑d also instructed Moses to ask the Israelites to borrow from their Egyptian neighbours jewels, silver and gold. The Israelites complied, and the Egyptians readily lent out their valuables.

Moses delivered G‑d’s warning to Pharaoh: “At midnight, I will go out in the midst of Egypt. Every firstborn in the land of Egypt will die, from the firstborn of Pharaoh who sits on his throne to the firstborn of the slave woman . . .” G‑d then gave the Israelites their first mitzvah, that of determining the New Moon (Rosh Chodesh) each month and establishing a lunar calendar. G‑d also told Moses to instruct the Israelites to designate a lamb for the Paschal offering. The Israelites were to sacrifice this lamb and consume it, together with matzah and bitter herbs, on the eve of the fifteenth of Nissan. The blood of the lamb was to be smeared on the lintels and doorposts of the Israelite residences, and all inside those homes would be spared when G‑d descended to smite the Egyptian firstborn. G‑d also instructed that for all future generations this day would signal the beginning of the seven-day holiday of Passover, during which no leaven may be eaten or possessed.

Moses gathered the Israelite elders and conveyed to them G‑d’s instructions.

Plague Ten: At the stroke of midnight, G‑d slew all the Egyptian firstborn. No Egyptian home was spared, and Egypt erupted in a great outcry. Pharaoh awoke and raced to Moses, and begged him to take the Israelites and leave. The Egyptians pressured the Israelites to leave as soon as possible, and the Israelites complied. Equipped with all the valuables they had borrowed from the Egyptians, and provisions for the way—dough that was baked before having time to rise—the Israelites left Egypt at midday of the fifteenth of Nissan. This section concludes with some more rules that pertain to the Paschal offering.

G‑d gave the Israelites several mitzvot: 1) All male Israelite firstborn were henceforth sanctified to G‑d. 2) Eat matzah on Passover. 3) Recount the story of the Exodus at the Passover Seder. 4) Bring all male firstborn of kosher animals as sacrifices. 5) Redeem all male firstborn donkeys for a sheep—which is given to a kohen (priest). 6) Don tefillin on the head and arm.