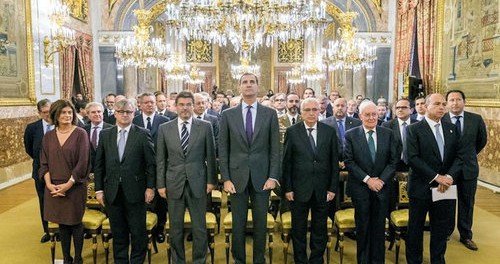 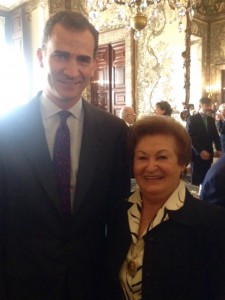 “While listening to the speeches in the Royal Palace, in the presence of King Felipe, members of the Spanish Government, Ambassadors, other dignitaries, and representatives of the Jewish communities, I kept wondering when I was going to wake up. How was it possible for me to be speaking with the King of Spain and to have a photograph taken with him ? However, press reports later the same day, and photos and TV video, confirmed that I had, indeed been awake the whole time. 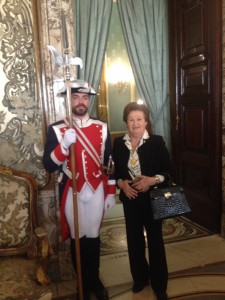 The moving words of the King, welcoming Jews back to Spain, made me feel quite emotional.  The whole event was, truly, a unique and unexpected experience for me. I never could have imagined that one day I would be in the Royal Palace, speaking with the King of Spain ? It will be a day I will never forget.

It was a great honour and a privilege for me to represent our Community at such an important event, see report below.” Vera Helena 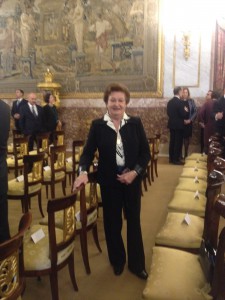 Spain’s King Felipe VI on Monday thanked Jews of Spanish origin whose ancestors were expelled from the country in the wake of the March 1492 edict issued by King Ferdinand and Queen Isabella. “Dear Sephardim, thank you for your loyalty,” the king told representatives of Sephardic Jews from different countries, during a ceremony at the Royal Palace in Madrid.