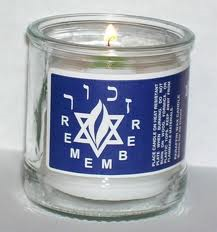 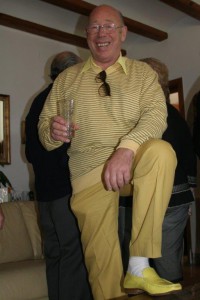 Melvyn Mark Danciger was born in Hackney, London and moved to Surrey aged 5. He and Linda met as teenagers on a blind date, and were married for 53 years.

At age 16 whilst in college studying business and accountancy, his Dad was involved in a traffic accident whilst in a taxi, and Melvyn was pulled out of college to run the family business, which was a furniture factory started by his grandfather.

After his father returned to work Melvyn stayed on at the factory and learnt all the associated trades like French polishing, carving, lathe work etc., as everything was hand made in those days. He gradually took over the running of the factory, at aged 19 years, and bought himself a Bentley which he said looked good for customers.

Eventually after the business was sold he set up on his own as an office supplier, and designed one of the first open plan offices for BP at their headquarters. He also opened retail furniture shops.

His love of music originated from his grandfather’s Friday nights with aunts playing the piano, and everyone singing. He played music by ear and could recognise any tune just by hearing the first two notes. For some years he ran the Music Quiz for our Community, and some truly memorable and enjoyable evenings were had by us all. He was also an active member of amateur dramatics for many years, and even learned to tap dance.

Melvyn and Linda bought their first apartment in Spain in the 70’s and were among the first British people to join the Benidorm Synagogue, as they stayed here for the winters. As we all know Melvyn had a penchant for bright clothes and with his everlasting sense of humour, was a popular member of our community, as well as organising and hosting many entertaining events for Purim and other occasions.He never used a script or notes, and we always marvelled at his amazing photographic memory. He loved eating and was an avid collector of furniture, paintings, Masonic medals and even bus tickets, so it was fortunate that they had a large house in which to store everything. Fortunate also that they have ample drive space to park all the collection of rather elderly cars.

His grandsons seem to be following in his footsteps with Mark joining the Footlights at Cambridge, and Jonathan having appeared in Billy Elliot. If he is watching then he must be very proud. Melvyn suffered through his undeserved illness with great fortitude and good humour, despite a great deal of pain and discomfort, and Ruth and I were privileged to have been able to see him on May 1st this year shortly before his demise. Although bedridden and with failing sight, he was in good spirits and full of optimism which is just what we would expect from him.

The world is a poorer place without Melvyn Danciger who brought joy and laughter to wherever he went, and particularly to our community.